This Hearty Lentil Stew recipe is a richly flavored vegan stew that’s loaded with chunks of fresh vegetables and lentils.  As far as lentil recipes go, they don’t come much easier to make than this one.  This vegan lentil stew recipe is one of my favorite meatless meals to make! 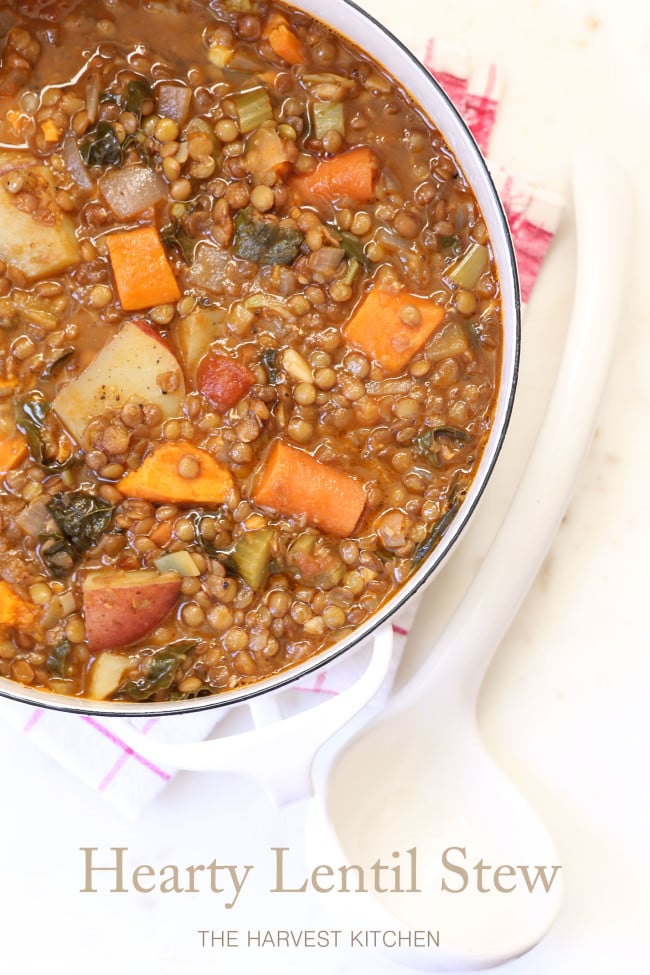 I love everything about this vegan lentil stew recipe!! It’s one of those really quick and easy meatless meals to pull together. The seasonings here are simple – a little cumin and a barely noticeable hint of cinnamon, which makes this vegan stew both warm and earthy.. 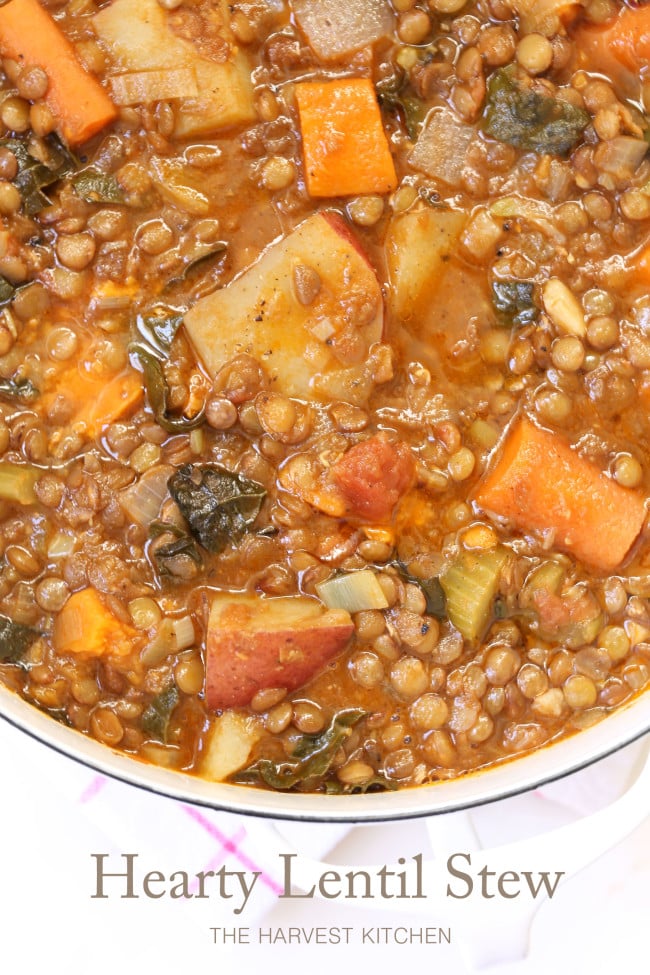 When the weather turns cold – I think soups and stews…..  warm cozy comfort foods that are generally low-maintenance.  This vegan stew recipe is one of my favorites to make and I make it often!  And if you’re like me, you’ll likely have all of these humble ingredients on hand. They’re staples in my house, so this dish can easily be whipped up on a whim for dinner.

The list of ingredients for this Hearty Lentil Stew may seem long, but this vegan stew recipe comes together in a pinch!

Find printable recipe with measurements below.

How to Make Stew

This is one of those easy one-pot meals that comes together in about 40 minutes start-to-finish.

Do Lentils Need to Be Soaked First

Unlike other legumes, lentils don’t need to be soaked first because they cook fairly quickly. For this stew, you just add the dried lentils directly into the pot to cook with the vegetables.

What to Serve with Lentil Stew

This lentil stew is really delicious and filling. I usually serve it with a side of fluffy quinoa and crispy shallots or caramelized onions (so good!) and a big salad. It also goes great with long-grain or basmati rice.

Lentils are included in the legume family with beans, chickpeas, split peas and peanuts. They’re also referred to as “pulses” which are the dry edible seeds of the legume plant. They’re low if fat and they’re rich with fiber, vitamin B and plant protein. They are a great substitute for meat as a source of protein, making them popular meatless meals in vegetarian and vegan diets.

Are Lentils Good For You

Yes!  Lentils have a lot of nutritional value to offer.  They’re low in fat, high in protein, they’re a good source of iron, fiber, folic acid and magnesium.  They’re also rich with polyphenols.  Polyphenols are compounds found in plant foods (such as fruits, vegetables, herbs, spices, dark chocolate, wine and tea),and they act like antioxidants neutralizing free radicals and help to reduce inflammation which is linked to chronic disease.  (1) (2)

When compared to other legumes, lentils are No. 2 in protein, coming in second place to soybeans.  When lentils are consumed with whole grains (like brown rice) they can provide you with the same quality of protein as meat.  A 1/2 cup serving of cooked lentils provide approximately 12 grams of protein.

According to some experts, green lentils provide more nutritional benefits than the other variety of lentils. (3) 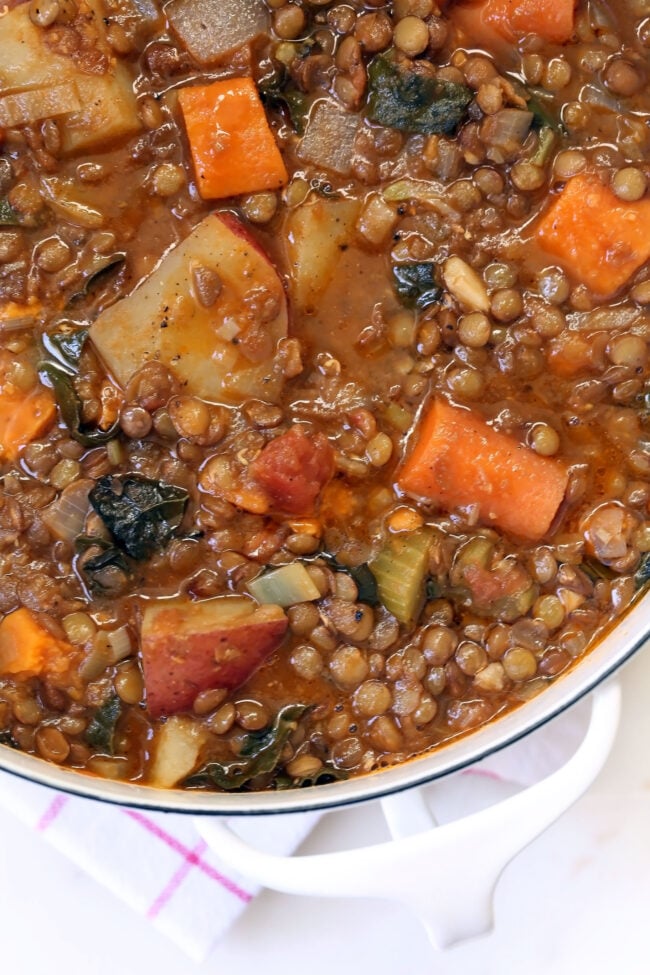 If you like this Hearty Lentil Stew recipe, check out these other recipes to make next: