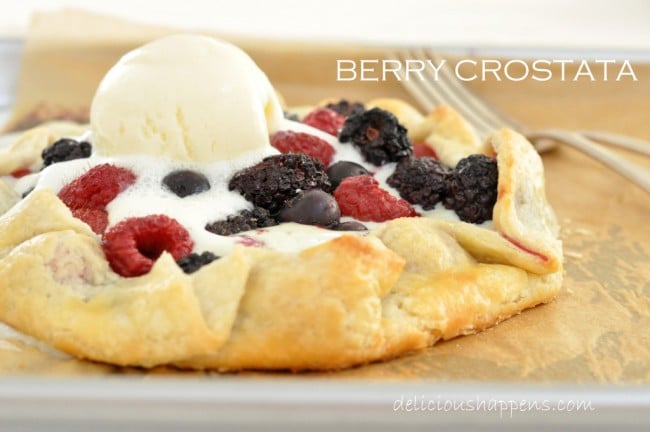 Well…..you had to know this was coming.  After seeing the Berry Crostata on the cover of Sur la Table’s catalogue, I had to make one.    Actually I made two.  I took one over to my mom and dad’s with a carton of Haagen-Dazs frozen vanilla yogurt!  My dad loves pie!! 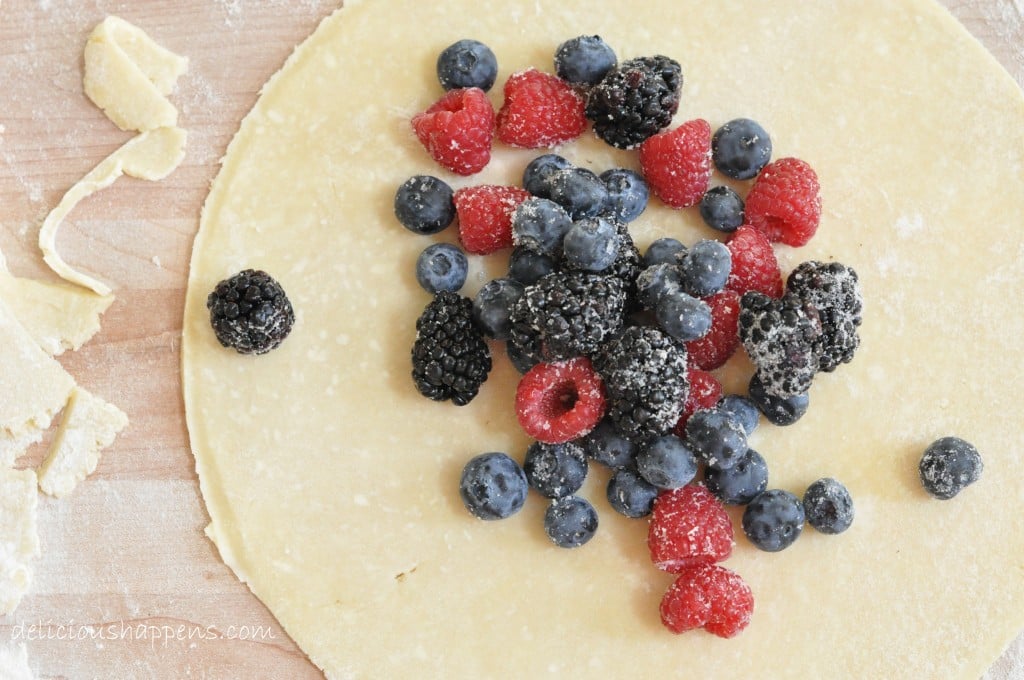 This is the best pie crust recipe ever and it’s just slightly adapted from Huckleberry’s/Zoe Nathan’s recipe.  It light, unbelievably delicious and incredibly flaky!   It’s the best crust you will ever make!  A few things that I’ve learned about making really good crust is …you don’t want to overwork the dough.  Get it roughly shaped and then let it be.  Don’t fuss with it.  You want to see little flecks of butter about the size of peas in the dough.  (My flecks of butter turned out a little smaller than you want – but this crust turned out just as flaky).   You also want to keep the dough very, very cold.   I typically will  lay my rolled out dough on the baking sheet and then I’ll pop it back in the fridge for 15-30 minutes so it gets nice and cold again.  The dough will also hold it’s shape better in the oven if it’s really cold when it goes in.

As I’ve mentioned before – crostatas are a favorite dessert of mine.   Besides being completely delicious – I also love them because they’re so simple to make.    I like crostatas because they have a rustic look going for them…so there’s no sweat in trying to make them look perfect.

And…except for being tossed in a scant tablespoon of sugar – these fresh berries are perfect just as they are! Crust and fresh fruit. Easy summer desserts don’t get much easier than that. 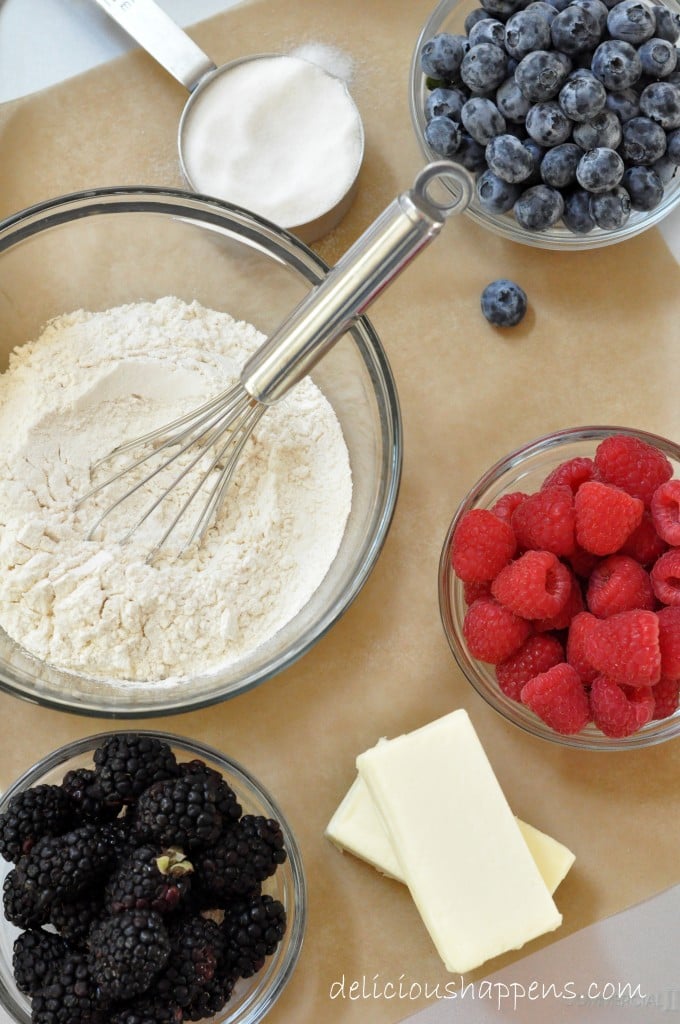 Of course a Berry Crostata is perfectly delicious on its own, but when you add a big heaping scoop of frozen vanilla yogurt on top – then you’ve got something really special!

For the Egg Wash

For the Filling For the Egg Wash

This recipe makes 2 small crostatas or 1 large. I prefer to make 2 small, as they are easier to transport.